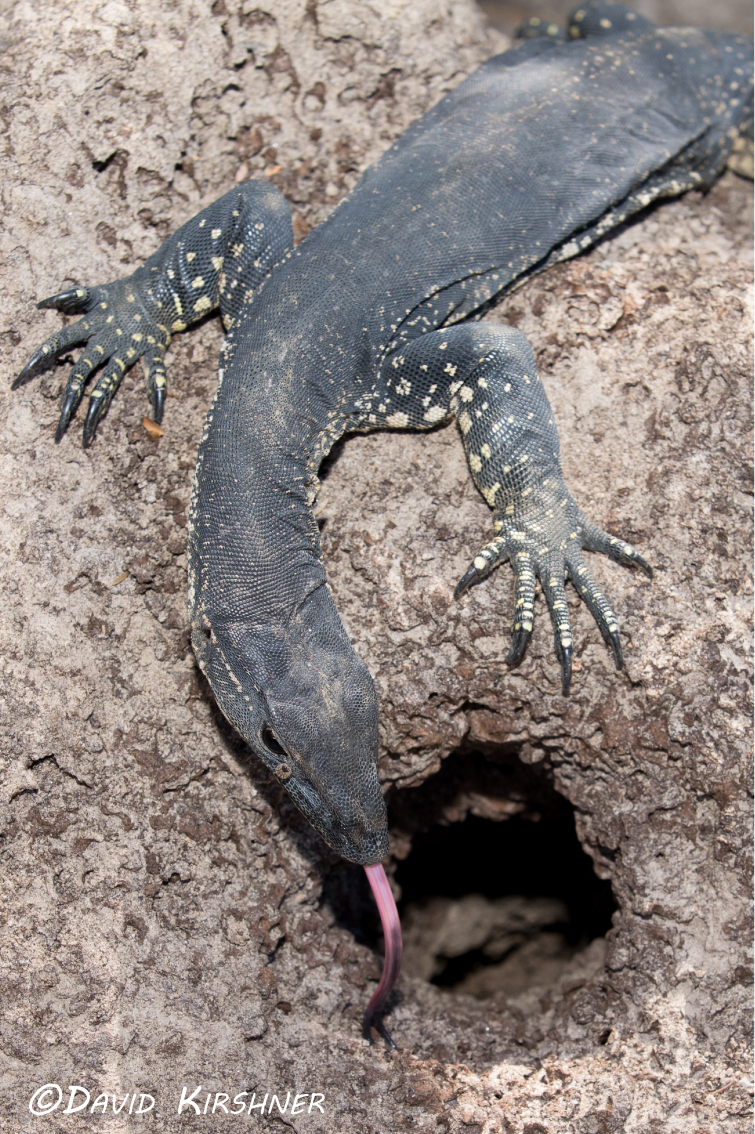 David Kirshner originally came to Australia from Canada to do research on crocodiles but is probably better known to AHS members for his talks on the lace monitors he keeps and breeds at home.

This months’ talk is a departure from both crocodiles and lace monitors, for David is going to talk about Sydney’s ‘other’ monitor, the smaller, less well known heath monitor, Varanus rosenbergi. Over the past nine years David has devoted a fair bit of his spare time observing the nesting behaviours of wild heath monitors and in this talk he will be explaining how and why he ended up spending so much time studying heath monitors as well as sharing what he has seen, photographed and recorded on video.

AHS meetings are on the 4th Wednesday of every month (except December) at the Sydney Mechanics School Of Arts, 280 Pitt St, Sydney NSW 2000, doors open at7.00pm, meetings starts at 7.30pm. Free for members, $5 for non-members.